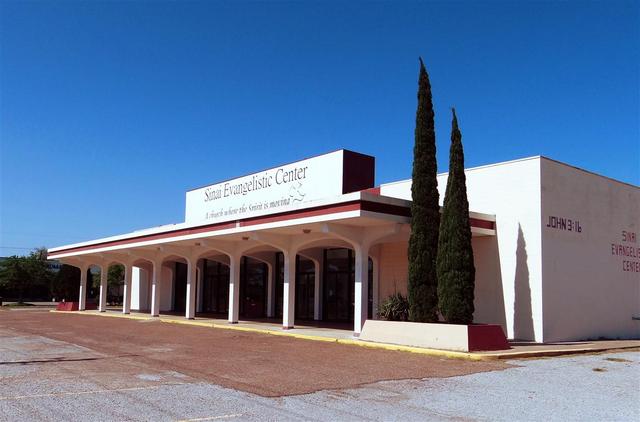 The National Twin was opened by National General Corporation on June 10, 1970 with James Franciscus in “Beneath the Planet of the Apes” & Glen Campbell in “Norwood”.

It was closed around 1990, and became a Sinai Evangelistic Center.

Though never having been inside, I imagine the Fox Buena Vista (in Tucson) and the Fox Twin (in Lubbock) were similar to the National Theatres since NGC was Fox Theatres prior to becoming NGC.

It’s funny how questions get (mis)interpreted. In my question from yesterday, I was asking about theaters specifically with the name “National,” not any theaters built by National General Corporation. But it’s all good info just the same, guys!

blittlefield: “I opened the Cypress Village in 1969 which was the last single screen theatre built by National General.”

National General built at least one other single-screener after Cypress Village: the National in Los Angeles, which opened in March of 1970.

Google 3D model now has a “for lease” sign on the building, which had seen better days.