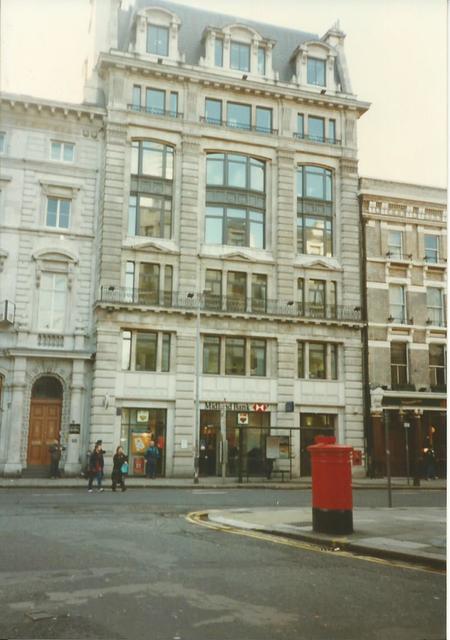 The Holborn Cinema was opened on 15th October 1910, and was designed by architect F.W. Foster for Holborn Cinemas Ltd. There was a tea lounge upstairs on the first floor.

Alterations were carried out by noted architect Frank T. Verity in September 1923, and it was re-named Embassy Cinema. Live variety shows then supported the main film.

The Embassy Cinema was closed in 1925 and became a small manufacturing premises, used for making metal casements. In later years it became a branch of the Midland Bank, with offices above. In 2008, it operates as a branch of HSBC Bank.