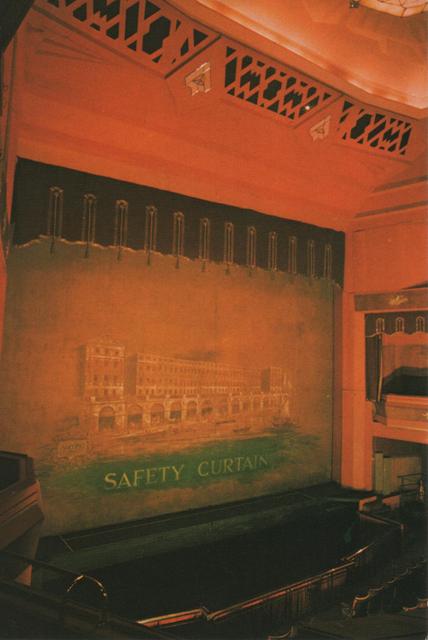 The current Adelphi Theatre is the fourth theatre built on this Strand site in central London. The first theatre was the San Pareil Theatre, opened in 1806. Partially reconstructed with a new auditorium in 1848 it became the Theatre Royal (New) Adelphi Theatre, and was completely rebuilt in 1858. In 1901, it was rebuilt to the plans of theatre architect Ernest Runtz and opened as the Century Theatre. In 1902 being re-named Royal Adelphi Theatre.

This was closed and re-built in 1930 in an Art Deco style, designed by architect Ernest Schaufelberg. There are no curves in the design of the theatre, just straight lines and angles (mainly at 32 degrees). The Royal Adelphi Theatre opened on 3rd December 1930, with Jessie Matthews starring in "Evergreen". In 1940, the ‘Royal’ was dropped from the name. The facade of the building has the name ‘ADELPHI’ along the top in Art Deco style letters. Lower down is a lozenge shaped window, which allows light into the circle foyer and bar area. This was covered over by advertising for many years and was reveealed again in a 1993 restoration of the theatre.

The long Art Deco style foyer, has black marble panels on its walls, with a stepped ceiling, while the circle foyer has a beautifil hanging Art Deco light fitting on its ceiling. Inside the auditorium, seating is provided in orchestra stalls, dress circle and balcony levels. There are two boxes on the sides of the circle, and a deep recess in the centre of the ceiling, which contains a large Art Deco style light fixture. The auditorium walls are lined with polished wood, with marble and chromium also featured. There was a revolve on the stage (removed in 1993). The theatre was equipped with a projection box to enable conversion to cinema use, if required.

There are at least two occasions when it became a cinema, in 1933, when Eddie Cantor in "A Kid From Spain" was screened, and from 15th March 1936 when James Cagney in "A Midsummer Night’s Dream" was screened with seperate performances for a season.

The Adelphi Theatre is a Grade II Listed building, and is owned by the Nederlander Organisation, and operated by Andrew Lloyd Webber’s The Really Useful Group. Now known as LW Theatres.

Note: The building to the immediate right of the Adelphi Theatre was part of the 1858 theatre, and became the Adelphi Restaurant. For many years it has been an amusement arcade.

Good post KenRoe they just keep tearing them down and build another.

and a shot of the art deco foyer here:–

A vintage 1955 photograph of the Strand, showing the Adelphi Theatre on the left, and a portion of the Tivoli Theatre on the right:
http://www.flickr.com/photos/allhails/2784209086/

Some interior shots of the art deco auditorium here:–

and the lozenge window in the bar here: