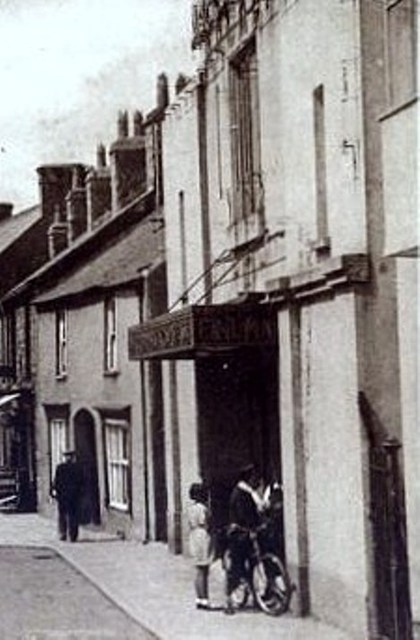 For many years this cinema was known locally as the “Dingle Cinema”.

This venue opened its doors circa 1923 under the ownership of Mr. F.J. Jones. Originally it only opened on three nights a week with prices ranging from 6d to 1/6d. It could seat 400 patrons and had a proscenium 20ft wide.

A British Acoustic sound system saw it into the sound era, when prices ranged from 9d to 1/6d. By 1951 Royal Cinema (Amlwch) Ltd had control of the venue and seats had been reduced to 380 (Reason unknown). Prices were now 1/– to 2/3d and programmes were changed 3 times a week, which indicates Daily opening. Kinema Weekly Yearbook also mentions in 1952 ONLY that there was a dance hall atached to the cinema. The cinema was closed by 1965 and demolished in 1971. At least your correspondent got that bit right!

My father was the manager of the Royal at Amlwch and also managed the Arcadia in Llangefni for a period as well as numerous other cinemas in North Wales. There was a Mrs. Pierce who worked in the Royal at Amlwch, I wonder if she was related

Demolished in 1976 according to North Wales Nostalgia on Facebook. Location was 18, Bridge Street, LL77 7PN, the site now occupied by a gym. Please remember that putting words in capitals is the equivalent of shouting when using social media/websites such as this one.