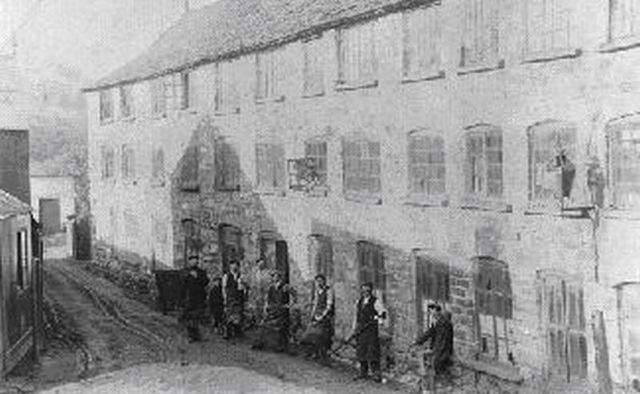 A former leather works that was acquired by Edward Pryce Jones in 1912. The leather works had a nearby water wheel that was linked to a DC generator which in turn supplied power to the projectors.

The cinema was opened on 13th of November 1913 with a showing of "Kings of the Jungle".

By 1937, the hall had been re-named Castle Cinema. It closed in the mid-1960s, and into the 2000’s it housed a Mace supermarket. In May 2017 it was converted into a live music venue and in October 2017 work was planned to convert it into a cinema and community arts centre.

In 1938 the propreitor was Mr. D.J. Madigan and sound was produced by a Morrison sound system. The cinema could seat 300 patrons at admission prices ranging from 6d to 1/3d. It was twinned with the Plaza, Hay.
By 1951 the venue was controlled by E. Taylor (Cinemas) Ltd who had changed the name to the Castle Cinema, reduced seating to 230 patrons and peformances were Tuesday, thursday and saturday at 7.30pm with a matinee on saturdays. Prices were now 6d to 2/4d.
By 1965 seating had been reduced to 220 seats to allow for new lines of sight that Cinemascope needed and the screen was now 18 feet 6 inchs by 9 feet 6 inches in the 20 foot wide proscenium. A new B.A.F. sound system had been installed – something of a waste of money when the end was so near. Kinema Weekly Yearbook also notes that a Cafe and Dance Hall were now attached to the cinema. Could they have been there all the time but not mentioned? Programmes had also increased to one show per night with 2 changes of programme each week.

I think Alun Turner’s guess about the cafe and dance hall is probably correct. In its early years the Castle Cinema building was split into two parts.One half housed the cinema and the other half housed a drill hall. Maybe it was the drill hall space that was later used as the dance hall and cafe?

When I visited Rhayader, in July 2010, I had difficulty locating this former cinema. A sign on West Street (that is a continuation of Bridge Street) still pointed to the Castle Cinema. Following it, I photographed a one-storey building that is nothing like the illustration uploaded by Editha – and it isn’t even a Mace supermarket!

Hopefully a photograph that is definitely of the former cinema will be uploaded, so the correct building can be viewed.

This is now a music venue called ‘The Lost Arc’. http://thelostarc.co.uk/cms/latest-news/