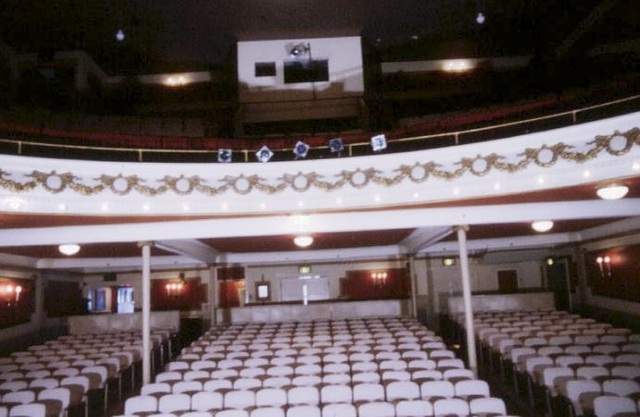 This theatre in downtown Muncie has long been been a cultural mainstay throughout a series of economic booms and busts. It originally opened September 5, 1904 as the Star Theatre, a vaudeville house. It became the Popular Star Theatre from 1906 to 1925 when it reverted back to the Star Theatre name and was later equipped for ‘talkies’.

The Civic Theatre is still a popular venue for local actors and community productions.

Opened as the Star Theatre on September 5, 1904 within the Boyce Block Building built in 1880. It became known as the Popular Star Theatre – big shows at popular prices – from 1906 to 1925. It reverted to the Star Theatre adding sound. A contest held by new operator to rename the theatre led to the revamped Hoosier Theatre launching May 6, 1935 on a 20-year lease. The Hoosier Theatre expanded to widescreen but closed on July 20, 1955 after a double feature of “Gangbusters” and “Outlaw Treasure.” The building had sporadic sermons, political rallies and meetings until being taken on as the Civic Center.

I was in charge of the acquisition and “resuscitation” of this great theater in 1961. What a joy it was to strip away years of neglect and misuse to bring it back to life!