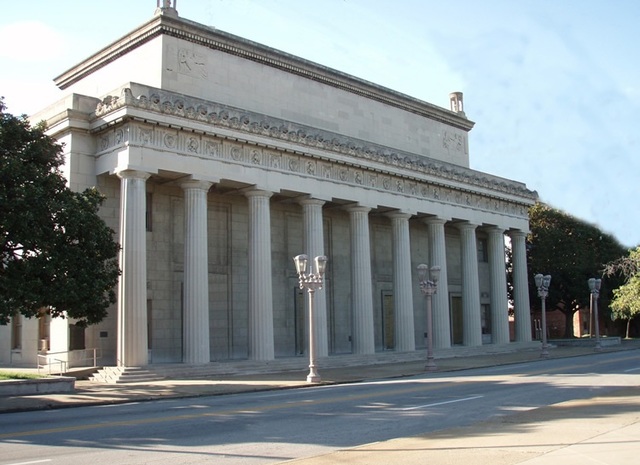 This auditorium was built to commemorate the fallen of WW1. It was dedicated on Memorial Day 1929. The original layout was changed in 1954, closing the side balconies and lowering the ceiling, creating near perfect acoustics. The theater is equipped with the worlds largest Pilcher Organ with 5,288 pipes.

The theater is being used for numerous stage events, but is also used to screen classic silent movies, with organ accompaniment.