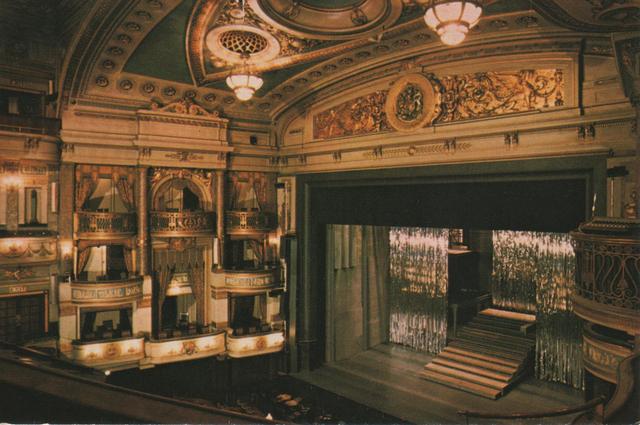 The Theatre Royal Drury Lane is the most important theatre in London, and is one of the worlds most famous theatres. Located in Covent Garden in central London’s West End, the current building is the fourth theatre on the site.

The fourth, and current theatre, was designed by architect Benjamin Dean Wyatt, and originally seated 3,060. The portico on the entrance on Catherine Street was added in 1820, and the cast-iron colonnade on the side of the theatre on Russell Street was designed by Samuel Beazley in 1831.

In 1915, the Theatre Royal became a cinema, when D.W. Griffiths’s “Birth of a Nation” was screened for a season. This was followed by a premier presentation of “Intolerance” from 7th April 1917.

The auditorium was redesigned by architects J. Walter Emblin, Frederick Edward Jones and Robert Cromie in 1922. Seating in the Empire style auditorium is in orchestra stalls, grand circle, upper circle and balcony levels. There are eight boxes on each of the side walls beside the proscenium.

This tradition continues today, under the ownership of Andrew Lloyd Webber’s The Really Useful Group, now re-named LW Theatres. On 2nd December 2018 the Theatre Royal screened its first film in over 100 years when High Grant in “Love Actually” was shown accompanied by a live orchestra. The Theatre Royal Drury Lane was closed in January 2019 for a complete refurbishment and retrograde restoration costing £60million which will decrease its seating capacity. The last production in the old the theatre was a revival of the musical “42nd Street”(March 2017-January 2019). Restoration was completed in May 2021 and it re-opened on 27th August 2021 with a preview of the stage production of Disney’s “Frozen”, opening night was 9th September 2021.

The Theatre Royal Drury Lane is a Grade I Listed building.

And an “A Chorus Line” exterior here:–