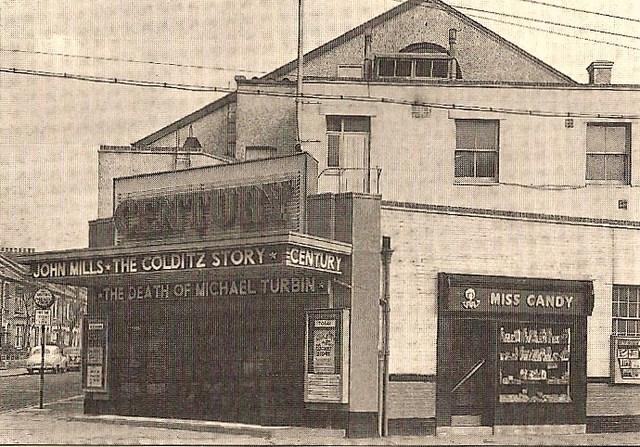 Located in the east London district of Leyton, on Leyton High Road at the corner of Belmont Park Road. The King’s Hall opened on 26th March 1910, it was owned by Mr. T.J. Hallinan and seating was provided for 969 in stalls and circle levels. By 1920, it was known as the King’s Cinema and was controled by Clavering & Rose.

The King’s Cinema, was taken over by the Granada Theatres chain in April 1949. It was closed on 28th October 1951 with Barbara Rush in "When Worlds Collide" and John Payne in "Crosswinds". Renovations were carried out by interior designer W.F. Mudd. Re-opened as the Century Cinema on 17th January 1952 with Jane Russell in "Double Dynamite" and Robert Ryan in "Best of the Badmen", the seating capacity had been increased to 995, 827 in the stalls and 168 in the circle.

Granada Theatres closed the Century Cinema on 27th July 1963 with Cliff Richard in "Summer Holisday" and Donald Sinden in "Operation Bullshine". It was soon demolished and a Tesco supermarket was built on the site. Tesco has now moved to a larger location across the street, and in 2008, the building on the site of the former Century Cinema is operated by Poundstretchers supermarket.