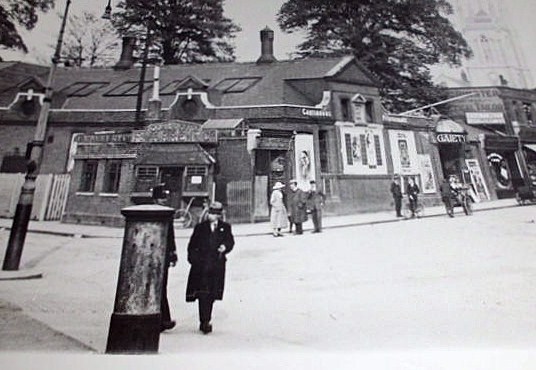 Located in the east London district of Leytonstone. A conversion of a former General Post Office sorting office on the corner of Church Lane and Kirkdale Road. The Gaiety Cinema opened on 29th January 1913 with 400 seats, all on a single floor. It was equipped with stage facilities, and from 1926 variety acts were presented as well as films.

Taken over by new management in 1927, the Gaiety Cinema was closed on 5th May 1928 with Edith Roberts in “The Road to Broadway” & Billy Sullivan in “When Seconds Count”. By 1932, it had been demolished and shops and offices for the local Independent Newspaper were built on the site in 1934.

In 2008, Independent Buildings is occupied by an estate agents named Trading Places.