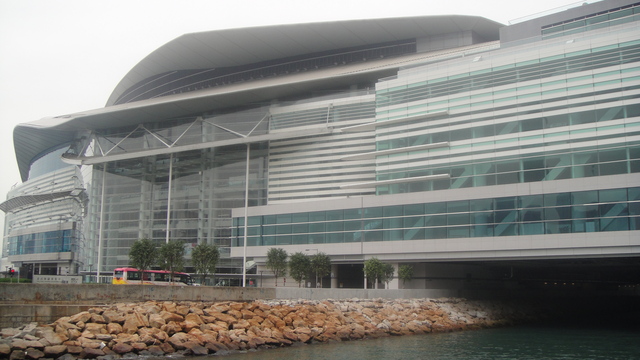 The Hong Kong Convention and Exhibition Centre is in Wanchai on the Hong Kong Island. Its foundation stone was laid by Her Majesty the Queen Elizabeth II on 21st October, 1986, and its grand opening was on 25th November, 1988.

Besides convention facilities, conference facilities, restaurants, two hotels etc, it also has two theatres. The 638-seat Theatre 1 and 336-seat Theatre 2 and the theatre foyers are on Level 1 of the Exhibition Centre. The two theatres have 35mm and 16mm projectors and equipped with Dolby Sound System.

The theatre is a venue for premieres and also was one of the venue of the 2009 Hong Kong International Film Festival. The Hong Kong premiere of “Sherlock Holmes” was held at the theatre on 21st December 2009.