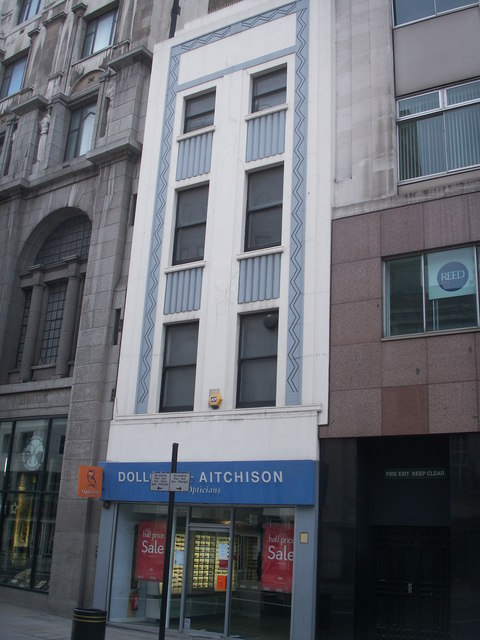 The Strand Cinema Theatre opened on 20th November 1910, and was designed by the architectural firm Meakin, Archer & Stoneham. The auditorium was located on Agar Street, and seating was provided on a single floor. In 1932, it became the Strand News' Cinema. In 1936, it was closed for several weeks, to enable supporting pillars to be removed and was given a new decorative scheme by architect Cecil Masey, and it re-opened on 26th March 1936.

After World War II, it was taken over by Capitol & Provincial News Theatres Ltd, who also owned the Classic Cinemas chain and it was re-named Classic Cinema in around September 1951. The programming was now feature films.

The Classic Cinema was closed on 27th June 1953 with a revival of Lawrence Olivier in "Rebecca". It became the first West End cinema to close after the war.

The auditorium was demolished and became part of offices at the rear of BMA House, (later Rhodesia House and today Zimbabwe House). The Art Deco style facade on the Strand was retained, and for many years has been the entrance to a branch of the opticians Dollond & Aitchison at 428 Strand.