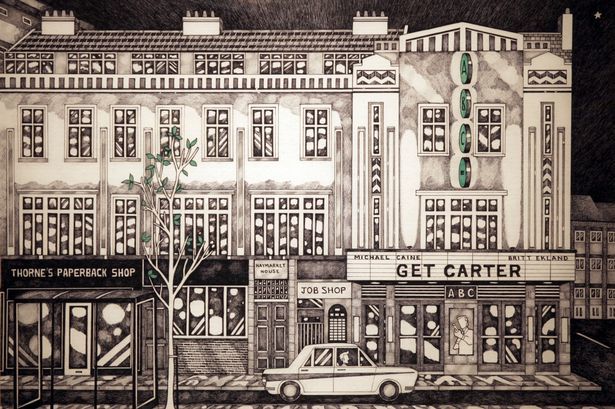 Etching of the Front of House depicting the long run of ‘Get Carter’ which played for several weeks in 1971 following the film’s European Premiere which was held at the Haymarket Theatre.

It is not totally authentic as the ‘ABC’ lozenges did not appear until 1972, the triangular ‘ABC Haymarket’ sign having remained until that year.