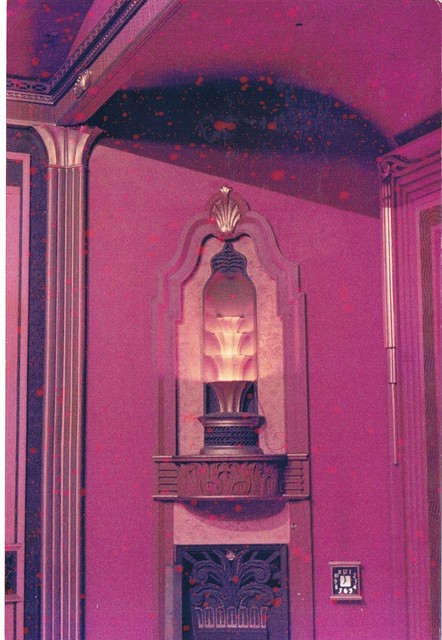 Splay wall fountain. These were only partially illuminated in later years but used to look stunning when they and the surrounds were properly lit .

Also at each side of the painted over wall decoration below the fountains there were, prior to a 1976 re-dec, two copper poles at the top of which were Egyptian style torches ( the ‘flames’) which someone in officialdom deemed should be removed…….