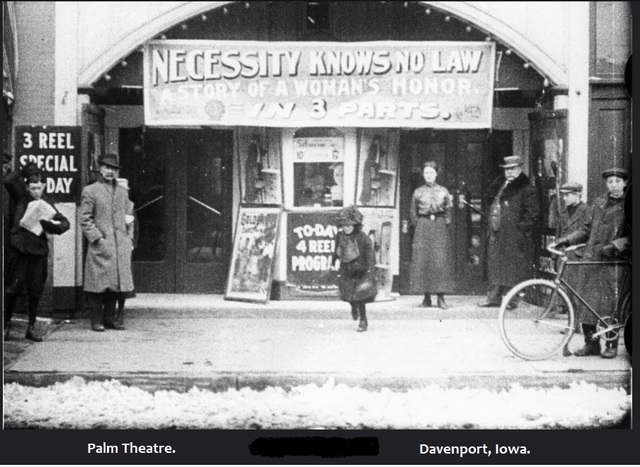 The Palm Theatre opened in a converted retail space on January 21, 1911. It was located in the downtown area at N. Brady Street at E. 4th Street. It was closed April 30, 1915 and became retail use again

The theatre has been demolished and is now a parking lot.

The Palm Theatre was opened in a converted retail operation with a soft launch on January 21, 1911 showing Edison Moving Pictures. Its grand opening to the public was two days later with “County Fair” and “For the Love of an Enemy.” The end of the line appears to be April 30, 1915. It is reconverted to retail as the Davenport Nursery Store opening later that year.