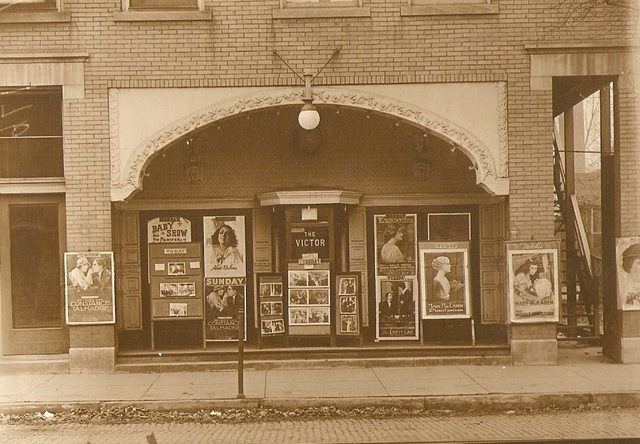 The Victor Theatre was located in downtown between W. 14th Street & W. 15th Street on N. Harrison Street. This was another small downtown theatre which opened March 1, 1913. Seating was listed at 460. It closed as a silent movie theatre in 1930.

The building has been demolished.

The original Victor Theatre opened March 1, 1913 at 1406 Harrison Street between 14th and 15th Street which was across from the Uptown/Coronet. Local showman Julius Geertz rand the operation along with the Zenith/Sunset, the Pariser Garden Theatre, and the Olympic. The Victor closed in 1930 apparently not making the transition to sound.

The 428 Harrison location referenced in the entry can be tracked as the Imperial Cafe that burned down in 1914 and was replaced by a one-story retail building that was home to a long-running plumbing company. The local paper has no reference to it being a theater.

Is there any possibility that the Victor Theatre had some connection with, or was named after the Victor Animatograph Corporation, which was also located in Davenport?

The Victor was created by Albert Petersen who had an orchestra at Turner Grand Opera House. He seems to have no connection to Victor Animatograph or Alexander F. Victor. The theatre appears to be named after Mr. Petersen’s son, Victor. So likely no.