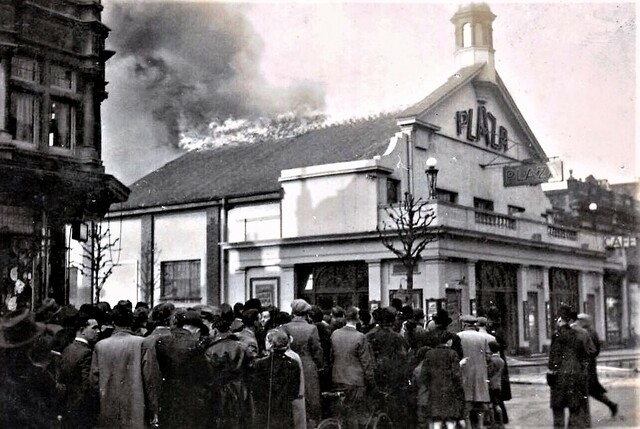 The Plaza Cinema was opened in 1921, and was operated by a Mr Parnell, who had offices in Shaftesbury Avenue, central London (in reality this was a Lou Morris cinema). The cinema had a cafe attached.