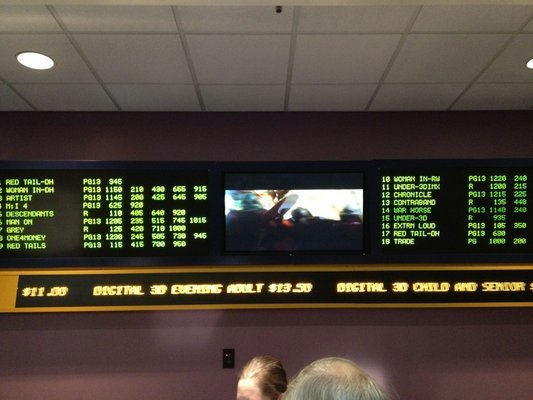 While the original plans called for 20 screens, the theatre opened officially on 12/11/1998 with 18 screens.

The theatre was built in 2 stages. Construction of 10 screens was begun in 1997, and completed in late spring 1998. At that point, the original Showcase Springdale site was torn down, and the 10 screen theatre opened. They then constructed the additional 8 theatres, opening 18 screens as noted above.

The theatre opened as the Showcase Springdale 18, becoming a Cinema de Lux in 2004. This included an Imax MPX installation in one theatre, and the designation of some other rooms as “Director’s Halls”.

This theatre was NOT part of the Rave purchase, and does not appear with other Ohio locations on the Rave website. It is still (as of March, 2010) owned by National Amusements. Rave already owns a theatre in West Chester about 6 miles away.

The name of this theatre should be SPRINGDALE, not SPRINGFIELD.

The original Showcase Cinemas Springdale now has a page here on Cinema Treasures.

It’s a very nice theater. My wife & i got committed to rave in 03' i guess we liked a more traditional movie theaters but there both State of the art in quality . I’m not a too much of a IMAX fan. I saw Sucker Punch in IMAX there which was a excellent presentation though. I still go there from time to time because of memories of the old showcase cinema in my childhood in the 80’s .

Having reportedly launched the first four-screen theatre in the Cincinnati market here, National Amusement’s Showcase brand wanted to build the area’s first true megaplex. So it demolished the 25-year old, four - turned five - turned seven - make that nine-screen Frankensteined Showcase Cinemas Springdale venue and started over with an announced 20-screen project turned 18-screen opening with 10-screens prior to getting to 18 screens later venue. National Amusements also announced a 20-screen facility, the Deerfield 20, in 1996 that stalled out at 12 screens.

National’s Showcase had a dominant position around Ohio at the start of the megaplex era. But it left markets one by one until, by the 2020s, Showcase shockingly had just one location in the entire state. And, you guessed it, the Showcase Cinema (singular) de Lux Springdale 18 was the last Showcase standing between the East Coast and Ohio as the circuit concentrated on international locations. The SCdLS-18 churned forward with its sports bar, restaurant offerings, and expanded snack bar trying to remain viable for as long as possible. 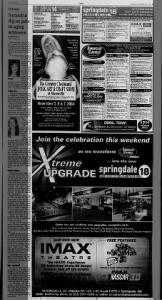