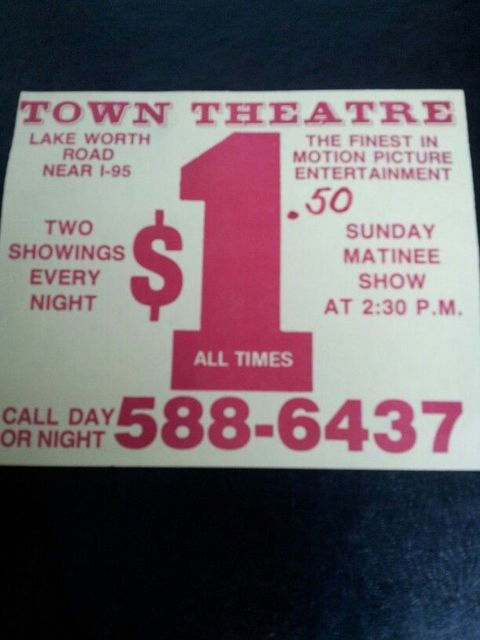 This opened at 1926 Lake Worth Road on January 31st, 1975 as a discount cinema. Grand opening ad in photo section.

When I’ve been to Lake Worth for the Street Painting Festival I’ve enjoyed what to me is the mellow vibe of the local Guatemalan-Mayan immigrants I’ve sat amongst while eating at the little Panda Garden Chinese restaurant they seem to enjoy frequenting in the shopping center where the Towne apparently had been, but I can’t tell exactly where the cinema was located.

Perhaps it was where the El Bodegon Hispanic-themed supermarket is now?

Based on rivest266’s clipping below, this theater was originally opened as the Holiday Theater in 1971 and then later likely had new owners with its 2nd grand opening in 1975 as the Town as alluded to in the first comment. Incidentally, there seems to be no E at the end of any of these advertisements so it is Town not TownE. And yes, it became a supermarket. I forget it’s year of closure. Saw “Red Violin” among a few other films here. The concessions area was a quaint throwback to the older era with the hardened red and white striped boxes for the popcorn.