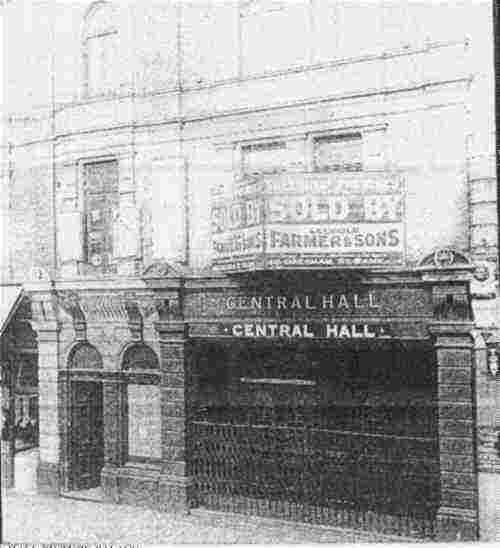 The Peckham Central Hall was operating as a cinema from 1910 until at least 1915. It was operated by the New Bioscope Trading Co. It had a very narrow entrance on Peckham High Street, in the southeast London district of Peckham.

In 2008, the building had been in use as Good Times Nightclub, but had closed and was ‘For Sale’. By May 2012 it was in use as a church by the Crusaders Ministries International.