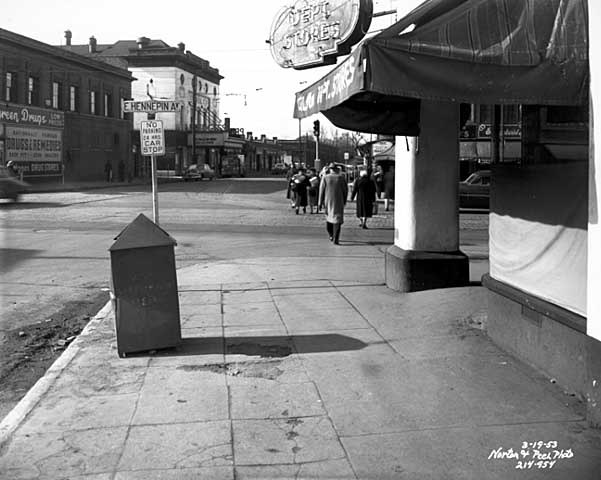 The Princess Theatre opened in 1909 with seating listed at 810. The theatre was operated by Publix and Franklin Amusements for a while but I could find no information after those two.

The theatre closed in 1955 and was later demolished. There is an office building where the theatre once stood.

The Perry E. Crosier papers at the University of Minnesota include a listing for the Princess Theatre, 12 4th Street NE, with dates of 1920 and 1934. Both Perry Crosier and Harry G. Carter are credited.

The Princess Bulletin (program) dated 23 Oct 1909 states that the Princess has 1000 seats, “everyone being large and comfortable”.

This project noted in the November, 1908, issue of The Clay Worker was probably the Princess, despite the location being given as Fifth Street and Central Avenue:

“The Samuel H. Chute Company has let the contract to F. G. McMillan for the erection at Fifth street and Central avenue of a brick and tile theater building, the foundation for which is to be completed this fall. Harry G. Carter is the architect. Cost, $50,000.”

Harry G. Carter died in 1910, and his obituary noted that the Princess Theatre had been his most recent project. Records of City Council meetings in August, 1908, indicate that the S.H. Chute Co. was building a theater at 10-12-14 Forth Street NE.