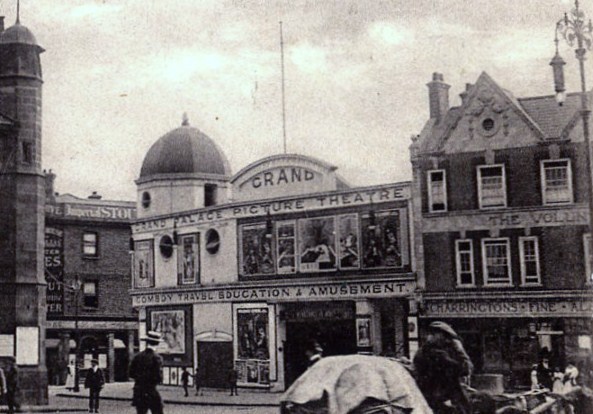 The Grand Palace Cinema was damaged by a German bomb on 22nd September 1940 and was closed. It was requisitioned by the Ministry of Food, and was used as a food store for the remainder of World War II. It never re-opened as a cinema, and became a storage warehouse, until it was demolished in the late-1980’s. The site was used for a new road widening scheme at the mouth of the Blackwall Tunnel, which serves road traffic beneath the River Thames.