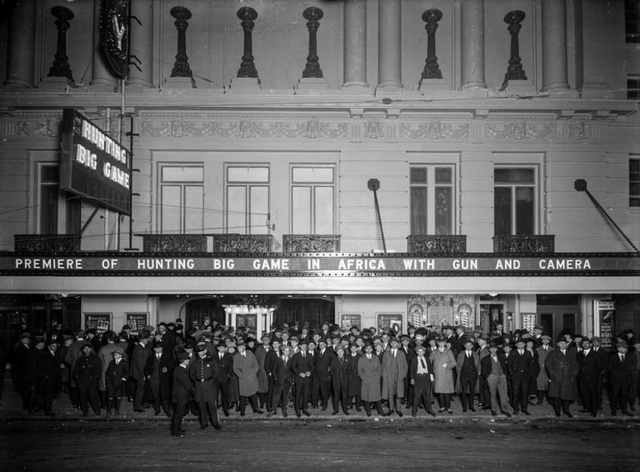 In the 1930’s it became a popular downtown burlesque house, home of the Capitol Follies. It closed in June 1941 and was torn down.

Another photo from the SF Public Library:

Here’s a puzzling bit of news from the September 13, 1924 issue of Moving Picture World:

“John Danz’s Class A closed Sunday and will remain shut until it is ready for the grand opening as the Capitol in October.”

We have two other theaters in San Francisco with the aka Class A, but neither of them was ever called the Capitol.

I am wondering if in 1924 an error was made in the above mentioned news item. I think the location is actually Seattle, WA. John Danz owned many theaters in the Seattle area, starting in the nickelodeon years and continuing under the same family ownership until a sale to Cineplex in 1986. In the 1960’s, his company, Sterling Recreation Organization, expanded to the Los Angeles area but I am unaware of any operations in the San Francisco area. John Danz lived until the mid 1950’s, the John Danz Theater in Bellevue, WA is named after him. His son, Fred Danz assumed control of the company at the senior Danz death. John Danz operated Seattle theaters under both the “Class A” and “Capitol” names at different times. They had adjacent addresses on 3rd Avenue in downtown Seattle.

That does make sense. It seems much more likely that the magazine would misplace an item meant for Seattle into its San Francisco column than that Jack Tillmany would miss a name in a San Francisco theater’s history.