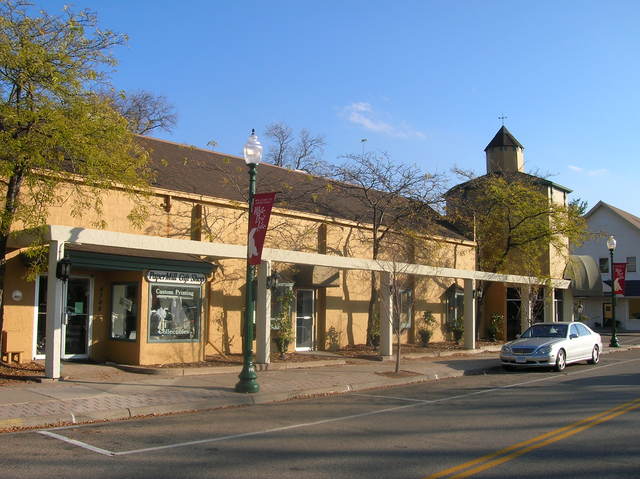 The theatre was later remodeled and reopened as the Cine Capri in 1968. In 1975 it ran the exclusive St. Paul engagement of “Jaws”. It closed for good in the late-1970’s and was converted into retail space, and by 2015 is a spa and health club.

This should be Banning Avenue.

This theatre was remodeled and reopened as the Cine Capri in 1968. In 1975 it ran the exclusive St. Paul engagement of “Jaws”. It closed for good in the late 70s.

More and more I have to track down theatres on C.Treasures to refute the erroneous information being given.

The White Bear Theatre opened Aug 4, 1939. The operator was Dave Ratner. Franklin Amusement Co. NEVER had theatres in White Bear Lake. In 1940, Ratner sued his landlord, Mrs. Jessie Jensen, who operated the other theatre in town – his claim being that she was deliberately overbooking product to keep it away from Ratner. Ratner sold in 1947, there were at least 2 more owners until 1960. Somewhere around â€˜60 the theatre closed. A trade paper item in 1962 said the seats were being taken out and put into the Homewood Theatre in Minneapolis. The theatre reopened with the name Cine Capri on Mar. 22, 1967 with â€œDr. Zhivagoâ€ followed by â€œThe Sound of Musicâ€ on 4-26-67. Rockers were put in, and the remodeling job was by Liebenberg, Kaplan and Glotter. The top ticket then was $2.00.

In 1971 the local Carisch circuit acquired the two White Bear Lake theatres (the other was originally the Avalon, later renamed White Bear Cinema). With the aid of a local bank (according to an article in the St. Paul newspaper), Carisch started bidding wars for 1st run exclusives in the St. Paul side of the metro. Competitors were General Cinema (Har Mar), UA (Maplewood Mall) and Plitt (downtown St. Paul and Plaza in Maplewood). Carisch won some of the bids, with the standout being â€œJawsâ€ (6/20/75-2/5/76); â€œThe Omenâ€ (6/25/76, exclusive only the first 6 weeks); â€œBlack Sundayâ€ (4/1/77) and others.

The Cine Capri holds a dear spot in my heart as it’s where I took the boy that I had been in love with for several years (since 9th grade) to the movies for our very first date, by then we were in 11th grade. We’ve now been married almost thirty-seven years.

It’s a shame someone doesn’t have a picture of the theater while it was still the theater. I went there many, many, many times to see JAWS and loved it!