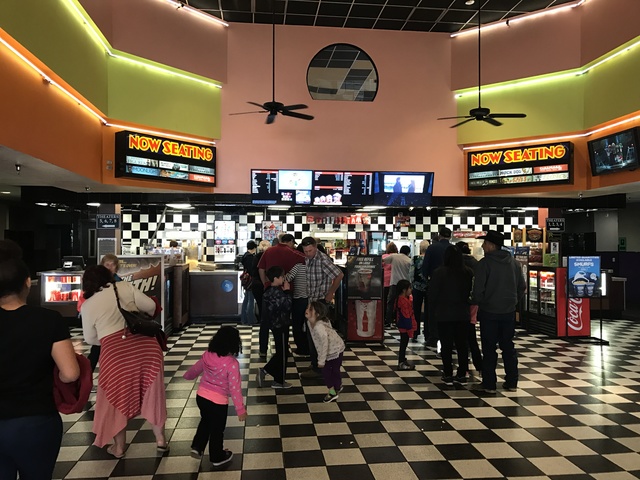 Built by Rand Theatres in 1989, they never open it, and it eventually opened as the Hollywood Cinema on May 24, 1991. It was taken over by Cinemark July 24, 1992 and was renamed Cinemark Movies West. This theatre is large for a second run theatre. One night a week (Mondays I think) they have $.50 day. Awesome! It was closed in March 2020 due to the Covid-19 Pandemic. It was announced in May 2020 that it would be permanently closed.

Cinemark operated this location as a first-run for several years before converting it over to second run.

This theater is shutting its doors for good