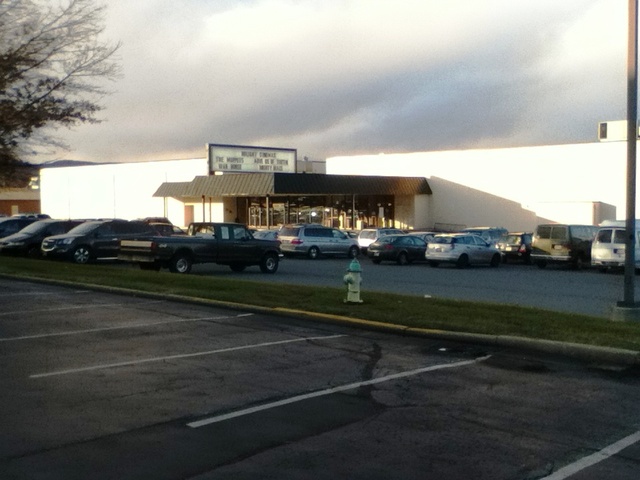 The Holiday Cinema was opened on October 23, 1969 with Barbra Streisand in “Funny Girl”. A second screen was added in 1979. This theater had tons of seating and comfortable seats that recline slightly. It was closed on April 7, 2019.

The Holiday is a prime example of circa late 1960s cinema architecture and has most of its original features still intact most notably the main auditorium which has not be divided up into several small screening rooms as was the fate of most cinemas of that era. For anyone who was a kid during this period it is like taking a step back in time. Both auditoriums feature screens larger than those used for IMAX presentations in most multiplexes. The cinema is a family run operation. It is very clean, affordable and unique.

This opened on October 23rd, 1969 and an second cinema opened in 1979. Grand opening ad in photo section.

I saw Empire Strike Back here in 1980. Now it’s the cheap theater $2.99 I think. Rt.40 has had 4 different cinemas. (Westridge closed 10 years ago, Hoyts closed 4 years ago, and the theater that was in the Frederick County Square I guessed closed when westridge opened in the mid 80s. )