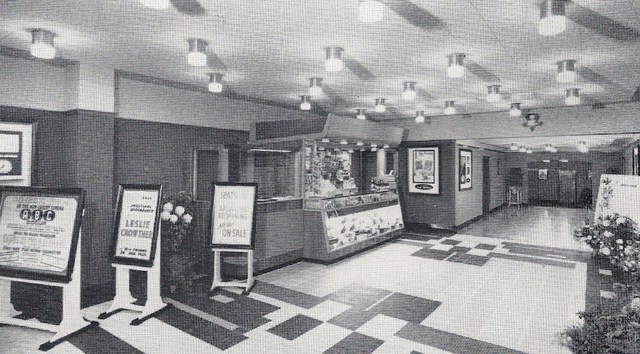 Located in Sidcup, today a south-eastern district of Greater London. The King’s Hall was originally built prior to 1909 as a concert hall. It was converted into a cinema in 1914 named King’s Hall Picture Playhouse. It was enlarged and given an Art Deco style design in 1932 by noted architect Robert Cromie. It re-opened as the Regal Cinema on 31st October 1932.

Taken over by the Union Cinemas chain in 1935, they were taken over by Associated British Cinemas(ABC) in October 1937.

It was re-named Cannon in the mid-1980’s when the Cannon Group took over ABC. In the late-1990’s a management buy-out took over and it was re-named ABC again. In 2000 it was taken over by Odeon Theatres Ltd., and they closed the ABC on 16th August 2000. The final films were Nicolas Cage in "Gone in 60 Seconds" in the downstairs screen and George Clooney in "The Perfect Storm" in the upstairs screen.

In 2001, the building was sold, and there were proposals to convert to a nightclub. These never materialised, and by the end of 2001, there had been two fires in the building, numerous break-ins and an illegal ‘rave’ party had taken place. By the summer of 2002, there were plans proposed to retain the façade, and build flats on the site of the auditorium. The building was demolished in February 2003, and in 2009, an Independent Mortgage Broker operates from the ground floor of the foyer, with the upper floor converted into flats.

A set of vintage photographs of the Regal/ABC:
View link

Correction. Odeon Theatres Did not take over ABC… ABC took over Odeon… ABC renamed the theatres Odeon as it was the brand leader name..

Nice pics Ken, what became of the organ, any idea?

The original architect was FTW Goldsmith. I have a laminated ticket giving a discount in the nearby McDonalds

Ken sorry to disagree with your comments, but the cinema didn’t close on September 17th 1977 for refurbishment as I went to see The Spy Who Loved Me on that date. I’m only correcting you as your facts are always correct. Keep up the good work

Was the facade retained?