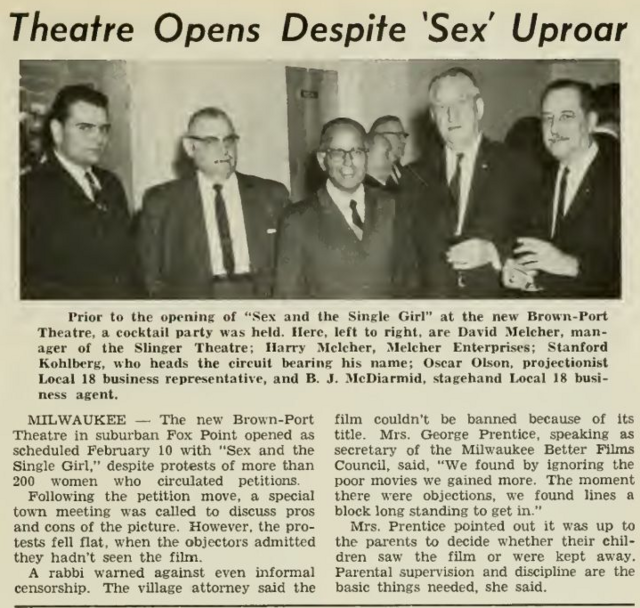 The Brown Port Theatre opened as a single screen theatre on February 10, 1965 with Tony Curtis in “Sex and the Single Girl”. Later it was converted to a twin and renamed the River Point Theatre after the shopping center it was located in. Seating was listed at 500.

The theatre closed in 2005 and has been repurposed for retail.