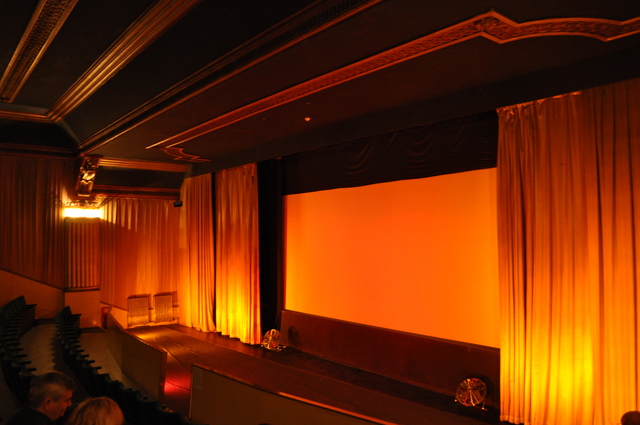 Built in Hallstile Bank (later Market Place) on the site of the Gem Picture Palace (Summer 1909-10th August 1914 when it was destoyed by fire). It was rebuilt and opened as the Gem Palace in around 1918 with a seating capacity of 450.

It was re-built on an enlarged site and opened as the Forum Cinema on 23rd August 1937 with 1,050 seats in stalls and circle. An extremely attractive cinema with extensive cove lighting and spectacular panels on either side of the screen opening depicting Roman charioteers, most likely the work of interior designer John Alexander.

It had a narrow entrance consisting on the ground floor of just three sets of double doors but the foyer soon opened out to the wide spacious auditorium beyond. A full stage was proved with a tall fly tower.

On 19th October 1974, the Forum Cinema closed and the foyer was used as a bank for while. Then in 1979 the building was horizontally sub-divided to provide a bingo hall in the former stalls / stage area and a smaller cinema in the balcony - both retained the original decor. The 207 seat cinema in the former balcony opened on 8th March 1982 with Dudley Moore in “Arthur”.

In Autumn 1998, the J.D. Wetherspoon pub chain tookover the bingo hall part of the building and converted it to a large pub named ‘The Forum’. Whilst the conversion work took place the cinema closed down and was re-opened by the operators of the Orion Cinema, Burgess Hill, Sussex on 22nd October 1999. Since March 2007 it has been owned and operated by a community group known as the Hexham Community Partnership. In March/April 2008 the Forum underwent some renovations and upgrading.

Some photos dating from the opening of the cinema here :–

The Forum Cinema continues to draw crowds from the local area, as well as tourists. For showing times, please visit the website – www.forumhexham.co.uk