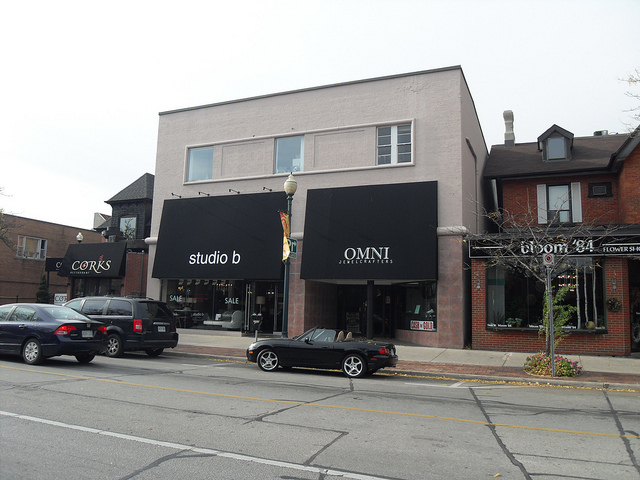 The Century Theatre was part of the Odeon Theatres chain in the early-1960’s.

I remember the “Candy Cupboard”. There was also “Licks” burger place across the street. A lot of people would go there also. That was the original location for the “Licks” franchise.

Hi guys. I was a manager for several years at Cineplex and Empire. I was the first kid hired to work at the Mews when it opened in 1987. I trained at the Plaza before the opening. I ran the Mews as Manager for a few years in the mid-90’s.

I used to go to the Playhouse/Palm all the time.

One night I went to see “Pee Wee’s Big Adventure” (‘85). When we got out of the show, we found that there was a film-shoot going on in the street out front. We were made to get across the street and stand behind barriers. Then Craig T. Nelson pulled up in a car.

It was a made-for-tv movie called “Alex: The Life of a Child” and it came out in ‘86. I remember watching it, just to see the part where they filmed at the Palm.

For a while in the 1980s and 1990s a lot of movies were filmed in Oakville but I think it got over exposed.

I had never heard of “Alex: The Life of a Child” I will have to see if I can find a copy.

I was happy to find that clip on youtube, since as far as I can see, that’s the only image of the theatre we’ve got…

I took a picture of the Playhouse when I was managing it. Don’t know if I still have it but will look for it and will let you know if I find it. I will also look at the clip on youtube.

Just looked at the clip on youtube. Thanks velveteen71 for sharing. Brought back a lot of memories. Don’t know if you went to the Playhouse when I was managing it or not but I hope you had a good time going there.

Now please check this out:

Cool pamphlet. Was that a hand out you actualy got at the cinema?

No it’s from a special edition of the Oakville Beaver in 1977, commemorating the town’s 150th birthday.

Thank You for responding!