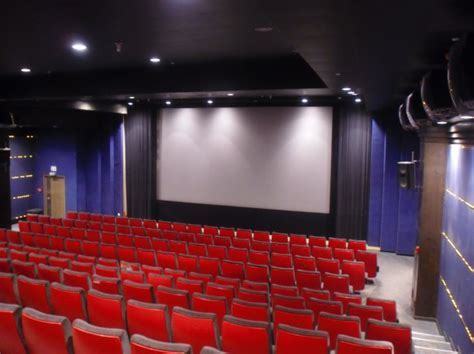 One of the oldest movie theatres in Munich, located in the bohemian quarter of Schwabing, the building was erected in 1898. It was opened on 7th October 1914 as the Odeon-Lichspiele with 170 seats, and changed it’s name to ABC Kino on 17th March 1952.

The ABC Kino, owned by the Kuchenreuther-family since 1967, is a small cinema with only one screen and holds 156 old fashioned seats. There is no bar, but you can buy snacks and beverages at the door.