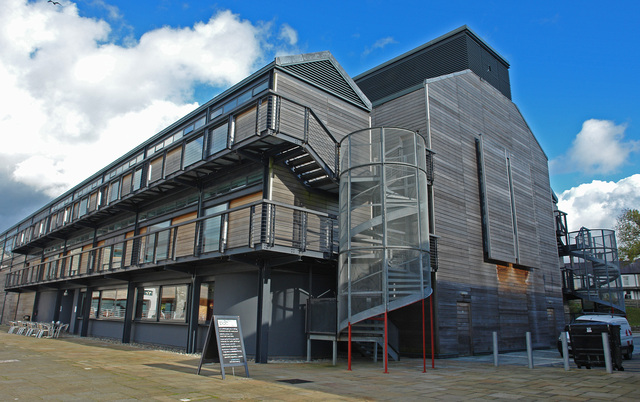 In Caernarfon, North Wales, Galeri Creative Enterprise, a £7.5million development, was officially opened in April 2005. This marked a significant development for the arts and creative industries and was instrumental in the regeneration of the riverside area. The Galeri complex includes a 394-seat theatre, 24 business/work units, Art space, two large rehearsal rooms and two smaller rehearsal rooms, meeting rooms and a cafe/bar. Between 400-500 events are organised annually, with Galeri’s artistic programme including theatre, cinema, music, dance, talks, literature, exhibitions, workshops and short courses.

From the beginning, the theatre doubled as a cinema, with films being interspersed with live shows.

However, on Friday 21st September 2018, the latest regeneration project was opened by actor Rhys Ifans:an extension to the Galeri which houses public art and crafts displays, meeting rooms and spaces, a new entrance and box office - and two dedicated cinema screens. These have seating capacities of 119 & 65 in comfortable, nicely raked auditoriums and mean that the theatre can now concentrate more on live performances.