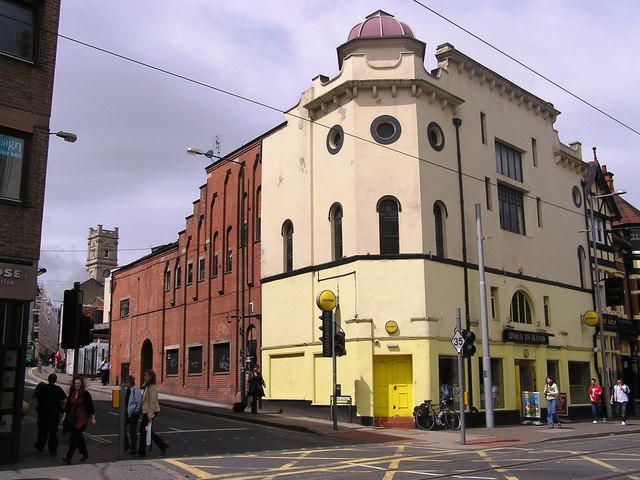 Opened as Pringle’s Picture Palace on 28th October 1910, renamed the Goldsmith Picture House in 1912, taking its name from Goldsmiths Street, the cinema had a 25 foot deep stage and sometimes presented variety.

The cinema closed in October 1941 and was subsequently transformed into the Little Theatre. In 1948 it was taken over as a venue for the Nottingham Playhouse, and continued as such until 1963 when the company moved to the present purpose built Playhouse in 1963.

The building became a carpet warehouse until it was restored as a bar with live music known as the Tivoli.

As the Horn In Hand pub (in 2010) the interior has largely been destroyed, although substantial remains of the ceiling exist in the upper bar. The stage and balcony though have ceased to be recognisable, and the entrance and foyers have been swept away.