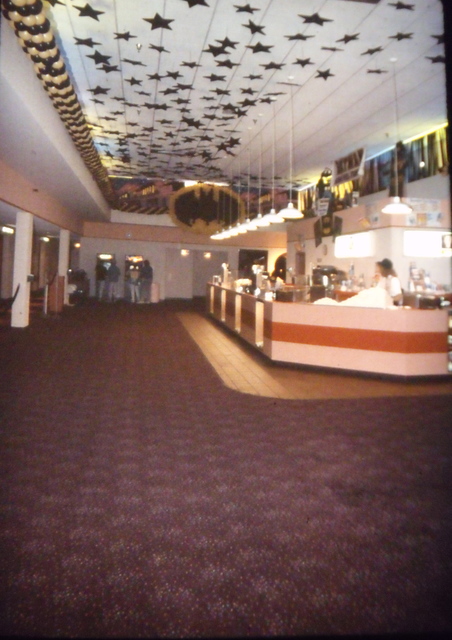 Opened by Midcontinent Theatres (MIDCO) on November 14, 1980. Seating was listed at 1,302. Carmike Cinemas took over the operations in 1995.

The ‘Empire 6’ was located on the south end of what was the ‘New Town Mall’ & was named as such the ‘New Town 6’. The mall was absorbed by the larger ‘Empire Plaza’ across the street, & changed name to the ‘Empire East’ and that changed the theatre to the empire name. After many stores departed & the interior grand hall was eliminated, the only entry to the theatre became the South entrance to the building where the parking area was very small & forcing people to park in the west lot & walk an aprox. city block distance to the entry. And because of the inclimate weather of the area, many movie fans chose not to go through the hassle. After management changes & bad attendance it finally closed.

Does anyone have pictures of this theater?

This is the best I can do.

Thanks. I wonder if there is pictures of the inside somewhere.