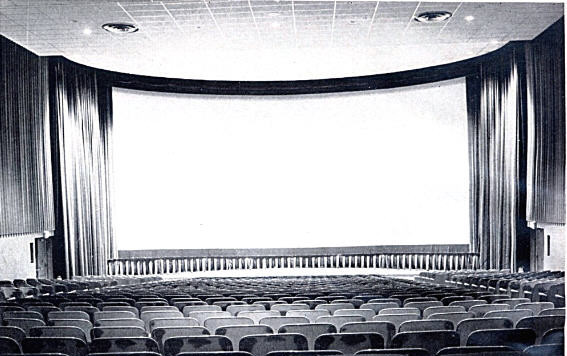 According to the article on CT this theatre ran "Sound of Music" for 26 weeks beginning on 21, Dec. 1966.
The Trumbull Cinema 3 closed in 1998 and has been repurposed for retail. Any further information on this theatre would be appreciated. It was later demolished, LA Fitness is now in a new building on the site.

I worked there as a high schooler and college summers beginning in 1981-ish. This was during the transition from UA to TransLux. The UA manager was Mr. Scully. After the transition, I think he left and TransLux brought in someone named Jean. While the theater was in limbo awaiting the corporate transfer, the film Arthur played for MONTHS, until no one was coming into the theater anymore. The staffers were then free to watch the movie fairly regularly, and everyone — candy girls to ushers — learned the lines of the film verbatim. Recall our uniforms were red zip-up polyester dresses. Can’t recall when the theater went from 1 to 3 screens.

Why would they keep a movie playing after everyone in town saw it.“ARTHUR” was a great film,but we never kept playing it to an empty house.

I remember seeing “Sound of Music” here and was very impressed with the theater. If anyone visits Southern California I would be happy to show them around our great remaining single screens(quite a few).