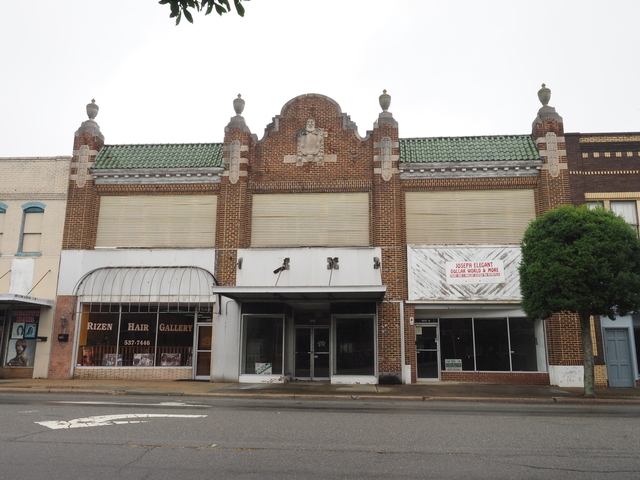 The Imperial Theatre opened in 1935 with a general seating capacity of 650, which also included a balcony area(at the time was reserved for people of color).

General Amusements Inc. owned and operated this theatre from 1935 to its closing in 1964.

Yes,the building is in great condition,overall.Next time I have time to waste,by getting off the super slab in RR,I’ll try to get inside.I wander far and wide trying to sell industrial supplies to the willing,so I see many places.I keep a sharp eye for theater structures.I spotted this one long before it was listed.

Sadly,I wonder if de-segragation had anything to do with this closing.Many small theaters closed around the South because of “issues” relating to that process.The theater owners did not think whites would sit on the same seats,

The opening date is wrong. This opened as the Imperial on December 21, 1931, but had originally opened on June 6, 1914 as the Rosemary (Rosemary Manufacturing Co. operated several large textile mills in town). This theater was operated by the J.P. Robinson Co., who also ran the People’s much further north. The Rosemary burned in 1916, and was only rebuilt and reopened in 1919, but burned again in January 1921. It was extensively remodeled after that fire, and then again into the Imperial.