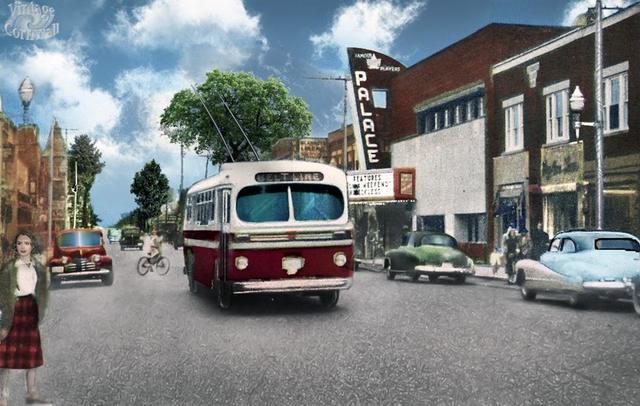 Opened around 1930 and closed 1985. Any further information would be appreciated.

A sad tale. They made a mall in front of the theatre and down one more block and so cars couldn’t drop off people and children in front of the theatre. Hardly any buses back then….the early 80’s. They had a large lobby but the owners wouldn’t open the doors early and so people that arrived 5, 10 or 15 minutes early would have to stand out in the Canadian north cold and wind….and people just gave up going there. Malls are deadly for people. A beautiful theatre and popular too. A tragedy really. The city took it over for back taxes after management had ruined it, and then the city let it sit until the roof leaked so bad that this absolutely classic building had to be demolished. The same thing happened in Ottawa regarding the Sparks Street Mall. No parking and no people killed the Centre Theatre on Sparks between Metcalfe and O'Connor Streets, as well as the Regent on Sparks at Bank.

Was the building actually torn down? There is a building the size of a theatre that sits unused and empty behind the building that has an old “KCK Enterprises” sign on it. It looks like they demolished the front of the building (lobby, entrance, etc.), but left the auditorium and stage area still standing.