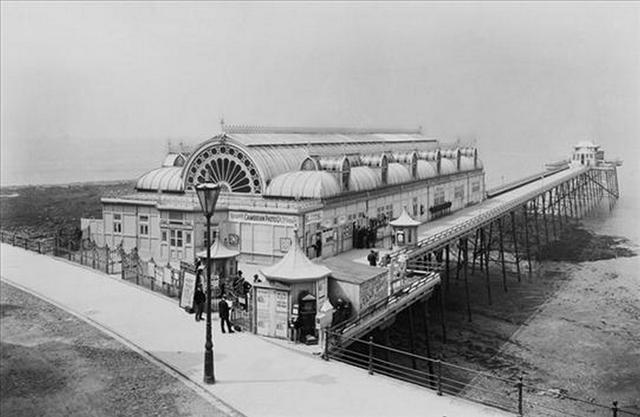 This was, at least initially, the largest of the early cinemas in Aberystwyth, built at the front of the Royal Pier and opened at the same time as the pier. In its early days it hosted variety shows and concert parties. It was here in 1900 that Fred E. Young held his other film shows in the town and first showed the film short of Gladstones funeral. The venue could seat 1,000 patrons and had a proscenium 40 feet in width in which a screen 21 feet wide was sited. It also boasted a cafe and dance hall area.

It converted to sound with an A.W.H. sound system, later changing to a R.C.A. photophone system. At some time prior to 1938 seating was reduced to 615 patrons. Prices at this time were 9d to 1/3d.

The end came when a fire damaged the venue, mainly at the foyer end, in 1961. Although the damage was repaired, films were never shown again here. Programmes were continuous nightly throughout its time and programmes changed twice weekly.