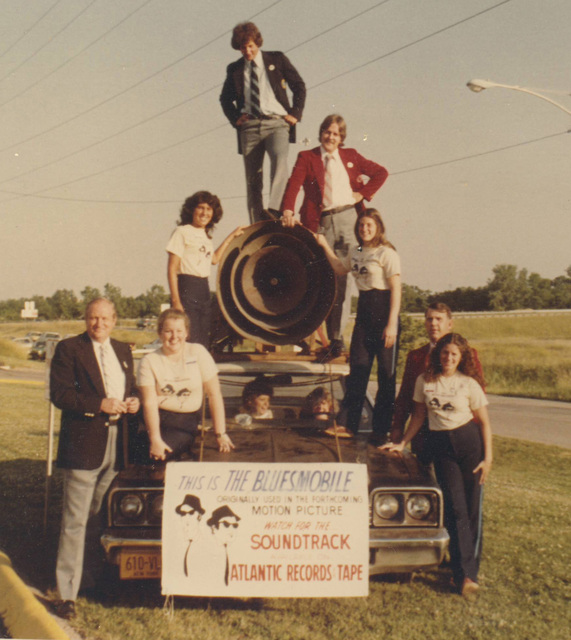 Built by Sumner Redstone’s National Amusements, the Showcase Cinemas in Springdale, Ohio, opened on July 11, 1973 with four screens and marked the Massachusetts-based company’s entry into the Cincinnati market. The theatre, dubbed “Cincinnati’s Entertainment Showplace”, was located just north of I-275 at the Ohio Route 4 (Springfield Pike).

The debut attractions were “Dillinger”, “Paper Moon”, “Jesus Christ Superstar” and “Emperor of the North”.

Upon its opening, the theatre was equipped with 70mm projection and magnetic stereophonic sound in at least two of its screening rooms.

Showcase Cinemas Springdale was the second theatre in the state of Ohio to install Dolby Stereo (the first was Cincinnati’s Carousel Theatre in 1976). The system (CP50) was installed in the spring of 1977 for the engagement of “Star Wars”. (The theatre is famous for being among the original batch that booked “Star Wars” during its Memorial Day weekend ‘77 limited-market launch.) Additional Dolby units (including a couple of CP100’s for 70mm and magnetic playback) were installed during subsequent years.

Digital sound was first installed in 1993.

The theatre was often used for special events, such as an early 70mm trade showing of “Blue Thunder” and a technical session for “Jaws 3-D”, both in 1983.

This was clearly the premier theater in the city. Noted for it’s 70mm presentations through out the 80’s . I’m not certain but i thought there were a few screens that still had 70mm even after the upgrade but i’m not so sure.

Uploaded an aerial photo for this drive-in. Same design as the Showcase Eastgate

It was a fun place to work and Mr. Robert Horton(far left standing on the ground)was a wonderful boss and great guy.

New Showcase Presentations in Cincinnati article includes mention of the numerous 70mm engagements here at the Showcase Cinemas (along with other Cincinnati area cinemas).