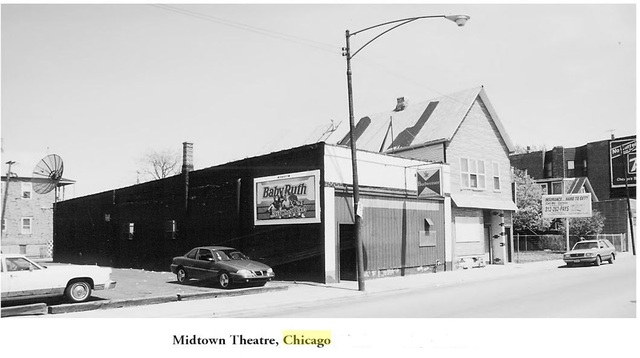 Opened in 1912 as the Colleen Theatre, this small house, first operated as a nickelodeon by Hyman Lieberthal, stood on W. 47th Street at S. Emerald Avenue in the Canaryville neighborhood. It was closed in 1915.

It reopened in 1923 as the Lyric Theatre. In 1934 it was renamed Showbox Theatre. In 1945 it was renamed the Mid-Town Theater. The former theatre most recently housed a bar, but has since been razed along with most of the block it stood on and replaced by a condominium building.