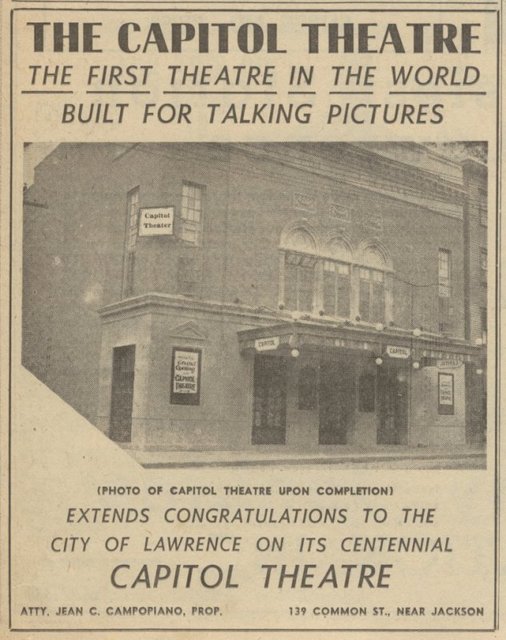 The Capitol Theater on Common Street in the Italian section of Lawrence operated from 1928 to 1956. Today its a parking lot.

The Capitol Theater at 139 Common St. in Lawrence, near the intersection of Jackson St. opened in 1928 and operated until 1956. It was advertised as “The first Theater in the world built for talking pictures.”