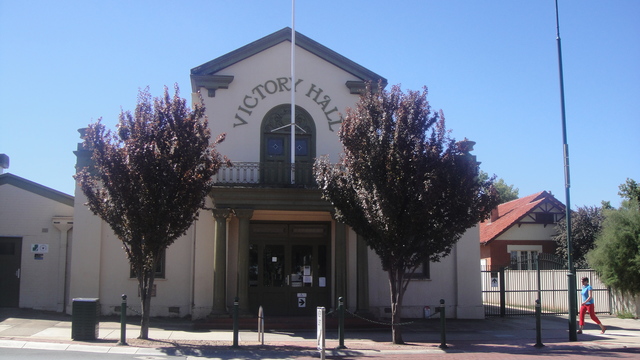 Located in the central Victoria town of Tatura. The Victory Hall was opened in September 1925. It was operating as a cinema in 1952, known as the Victory Theatre.

In March 20010, the building was seen to be in use as a community hall.