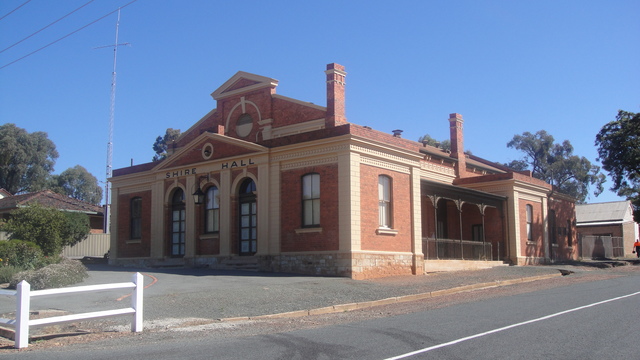 Located in the central Victoria town of Rushworth. The Shire Hall was opened on 5th March 1869, at the corner of High Street and Horne Street. It was designed by the architectural firm Vahland & Getzschman, and is constructed out of local Rushworth red brick.

By 1937, it was screening films and was known as the Photophone Talkies Theatre, a name it retained until at least 1952.

In March 2010, it is still open as a part time cinema, screening ocassional family films.

The Shire Hall is listed on the National Trust Heritage Register.