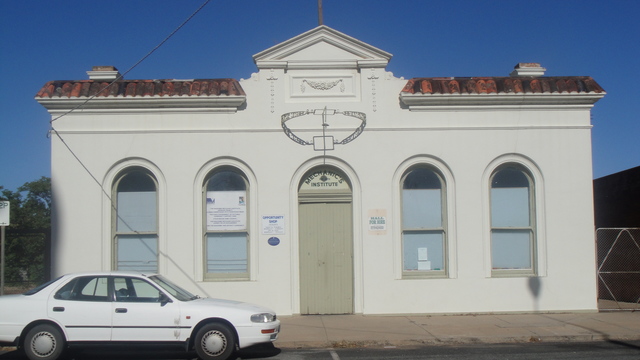 Located in the town of Nagambi to the north of Melbourne. The Mechanics Institute was opened in 1873. It was extended in 1930, and was converted into cinema use, known as the Photophone Talkies Theatre.

It remained open until at least 1952. In March 2010, the building is in use as a second-hand charity shop.