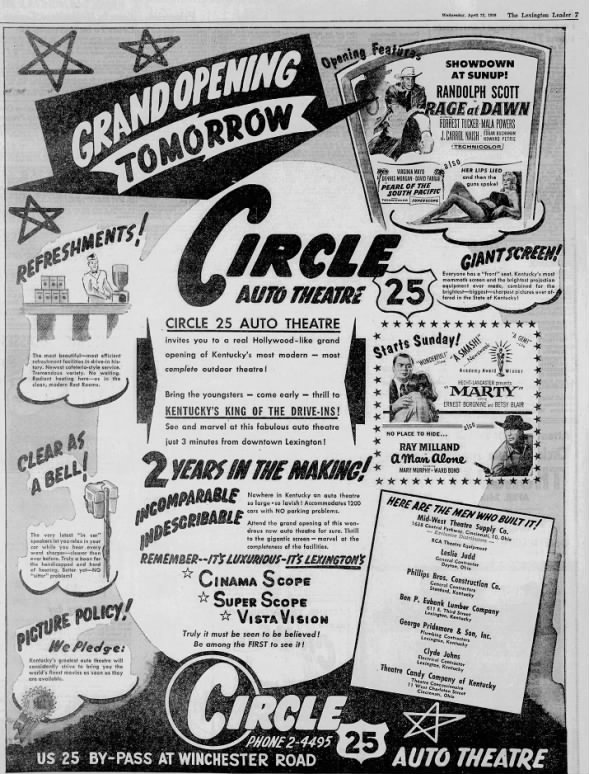 The bigger one to the right in the photo was the Circle 25. (where the gallery is located off Trade Center Dr.) The smaller one to the left was the Family. (where Trailblazers Auto & Truck is now located). Approx. address for that drive-in was 1098 E. New Circle. Family Cir. runs through where that theatre stood.

I uploaded an 1958 aerial photo of it and the Family Drive-Ins. Which one is which?

great picture of the booth.

Corrections to the info on this theatre…

Additional info: – Projection booth was designed for four projectors, two of them being horizontal Vista-Vision. However, the additional projectors were never installed. – Theatre was literally across the street from Rodes' Family Drive-In. – Present site of Brock-McVey electrical equipment and supplies.