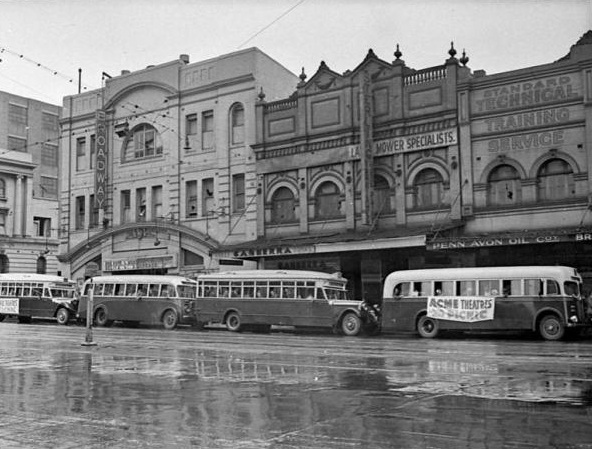 The Broadway Theatre was located on Sydney’s outer city centre, close to Central Railway Station. It was one of the early purpose built cinemas in the city, opening on 28th June 1911 at the corner of Broadway and Mountain Street. Seating was provided in stalls and circle levels.

The Broadway Theatre was closed in April 1960, and was converted into a ballroom. By 2006, the building was derelict, with proposals to convert it into offices.

As seen in March 2010, the office development was open, with small shops in the former entrance foyer area.