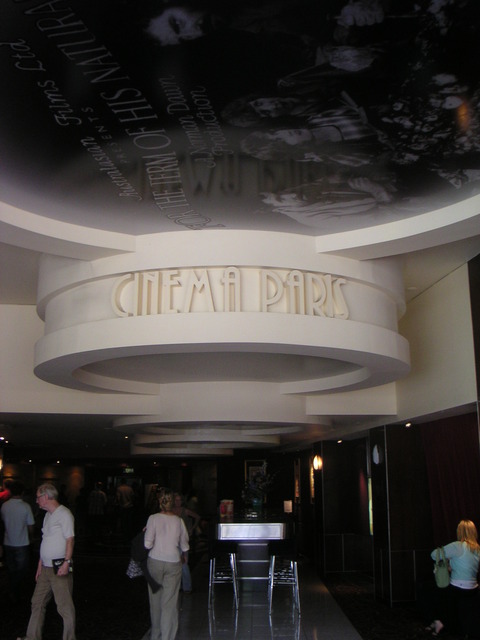 Located within the Fox Studios Australia complex of film studio, shops and cinemas, 10 minutes away from Sydney city centre. The Cinema Paris is the art house cinema of the complex. It is close-by, but seperate from the Hoyts Entertainment Quarter multiplex.

The Cinema Paris opened in 1999 and has state-of-art auditoriums, equipped with digital surround sound and stadium seating. It was the first art house cinema in the Southern Hemisphere to be fully licenced to sell alcoholic drinks. The foyer has display cases in the centre of the room and on the side walls, containing a large collection of memorabilia from former Sydney cinemas, including antique film equipment, posters and photographs.

The Cinema Paris is one of the venues used for the Sydney Film Festival.