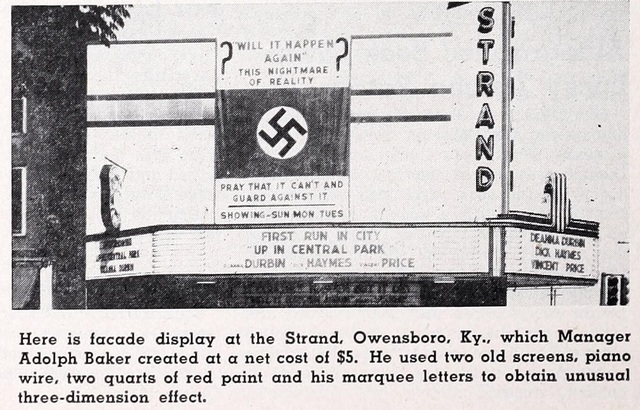 The Strand Theatre closed in the mid-1960’s and has since been demolished. 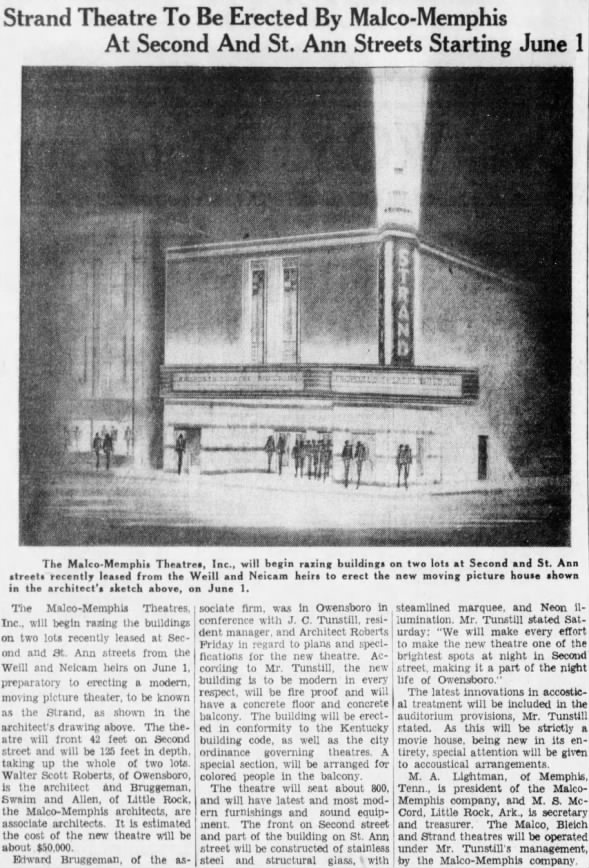 This opened on October 8th, 1939 by Malco Memphis theatres. Grand opening ad in the photo section and below: 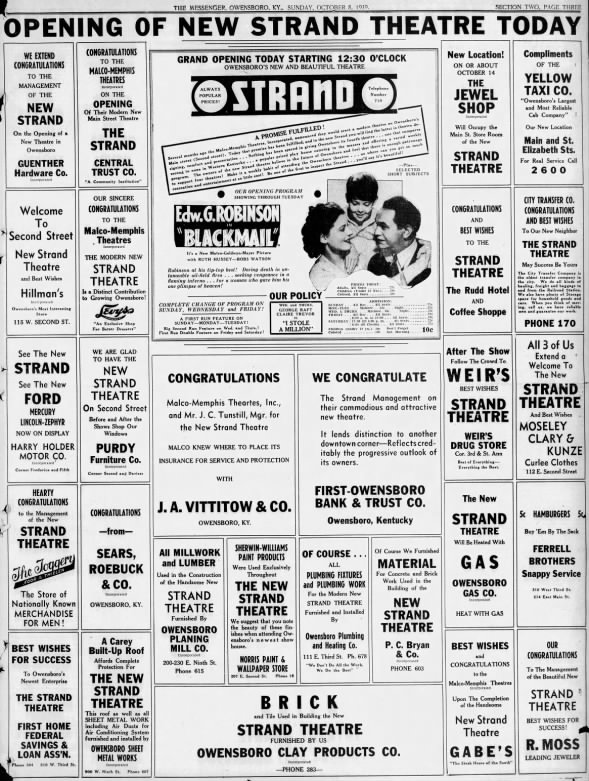