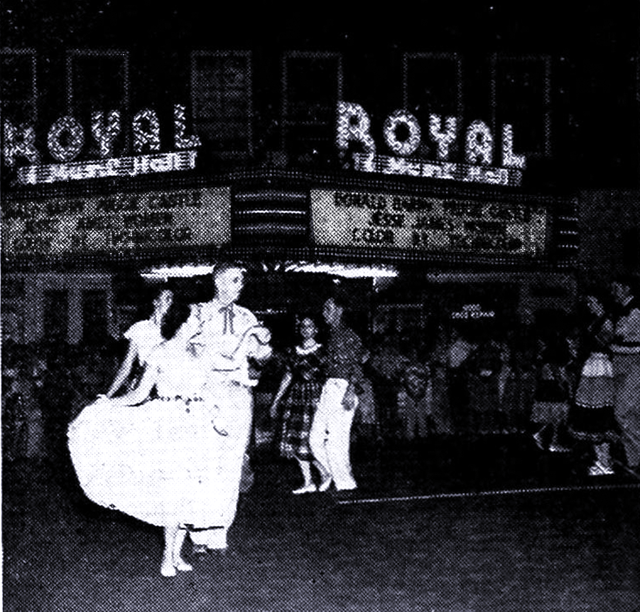 The Century Theatre opened as a playhouse in 1901. Films were screened from 1913, and by 1928 it was a full time movie theatre. The theatre was operated by Publix, Paramount-Richards and Paramount Gulf until mid-1950.

The theatre was renovated and reopened late-1950 as the Royal Music Hall (a movie theatre) and by 1957 it was operated by A. Lloyd Royal of the Royal Theaters chain. It was closed on June 4, 1959. The shuttered building suffered a fire in July 1960. It was converted to Law Offices and has since been demolished.

According to Movie Theatres in Twentieth-Century Jackson, Mississippi, by Jerry Dallas, (Google Documents link) the Century Theatre opened in 1901 as a playhouse. In 1913, it began showing movies intermittently, when no live performances were scheduled, and thereafter movies gradually displaced most of the live events.

The Century Theatre closed in mid-1950, but was extensively renovated and reopened by the end of that year as the Royal Music Hall which, despite its name, was a movie house. Its early success was not long sustained, however, and the Royal closed its doors on June 4, 1959, finally ending the building’s history as a theater.

As this photo shows, there was a fire at the closed theater on 07-13-60. It really should be listed as the Royal Music Hall with the Century as an AKA, inasmuch as Royal Music Hall was its name at the theater’s closing.

This theater has been entirely demolished, as long ago as 1961 according to Movie Theaters in Twentieth-Century Jackson, Mississippi, by Jerry Dallas (PDF here.)

The Century Theatre can be seen in this vintage postcard. It was in the third building from the corner of President Street. The corner building is still standing, but the next two buildings have been replaced by a parking lot.

Status should be updated to Demolished. A two story building now stands in it’s place.