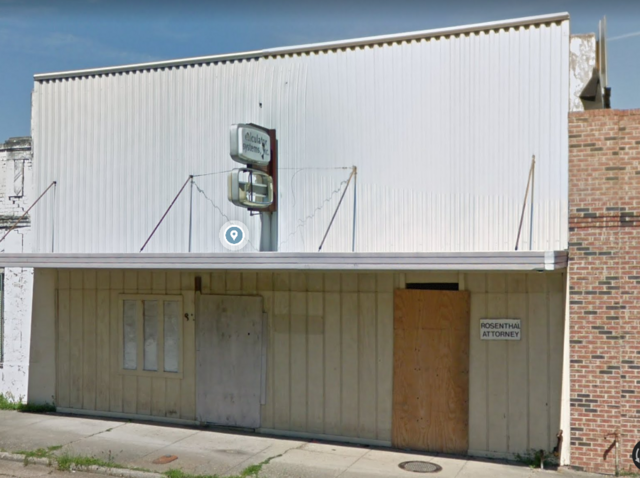 The building is still standing vacant (in April 2019), last used as an attorney’s office and a company named Calculator Systems Inc.

Jerry Dallas’s Movie Theaters in Twentieth-Century Jackson, Mississippi gives the sequence of names this theater had as follows: Opened by the summer of 1941 as the Ray Theatre; renamed the Joy Theatre by 1943; renamed the Park Theatre from July 18, 1948, until closing in 1950.

The New Joy was a different theater, at 215 West Capitol Street, which had previously been called the Buck and the Gay. The operations of the Joy and the New Joy actually overlapped for about two and a half years.